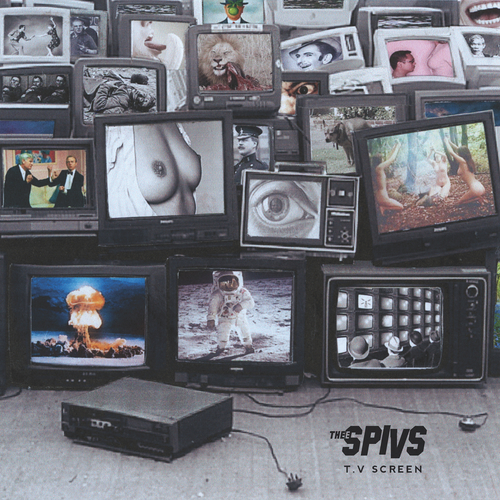 Thee Spivs are back with their second album
‘Black And White Memories’ in November,
following their critically acclaimed debut ‘Taped
Up’ from 2010.
This is the lead single from the album called
‘T.V. Screen’, it’s a limited edition 7” with an
exclusive b-side, a cover of the Billy Childish
classic ‘I Don’t Like The Man That I Am’ which
weirdly enough has also been covered by Pete
Molinari and the Singing Loins, both on
Damaged Goods!
Both tracks were recorded in riotous East
London at Gizzard studios with Ed Deegan at the
controls over the summer, it features 14 new
tracks.
The band recently played the MOJO awards gigs
at London’s 100 Club alongside the Jim Jones
Revue and they are heading back over to Europe
for another string of dates in late October.
Thee Spivs are Ben Edge (Guit/Vox) Dan May
(bass) and Steve Coley (drums)
Rock ‘N’ Roll hasn’t been this much fun for
years, give it a try, you might like it!