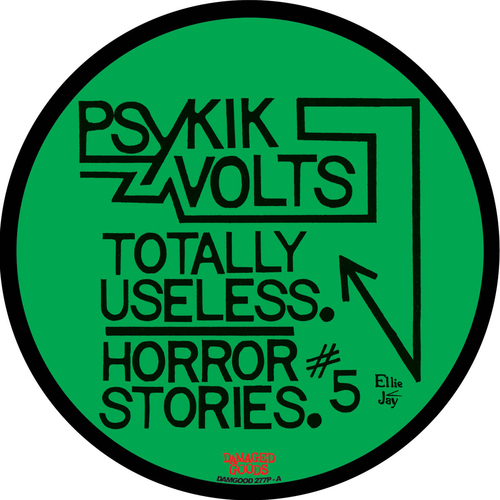 I first brought the Psykik Volts 7" in 1980, it has always been one of my favourite odd old new wave singles so when we got the chance to re-issue it and also a album of unreleased gems we jumped at the chance...

Psykik Volts were an original New Wave band formed in 1978, inspired/influenced by bands like The Clash, Sex Pistols etc. All aged around 18 at the time of releasing our self-financed single & it was our first time in the studio, hence some of the rough & ready bits (feedback, bum notes etc.). We formed just a few months before recording the single in early 1979. We considered ourselves more 'new wave' than 'punk' at the time as the initial wave of punk bands had died down by then. A very DIY band, they designed the picture sleeve, had it printed and stuck them all together their selves! They were from Dewsbury, West Yorkshire which is near Leeds, by the way.

John Peel played the single quite a lot on Radio 1, & it was subsequently repressed on the MHG label after the initial 1000 copies had sold. I think they released another 500 (in plain white sleeves)

The band got signed shortly afterwards to Graduate Records (UB40 etc.), who recorded 3 songs but never released them. They split at the end of 1979. Vik & drummer Mick Reed then got signed to Rockburgh Records in 1980/81 & released a single called 'Wooden Heart', calling themselves 'Poptones' (after the Public Image song).