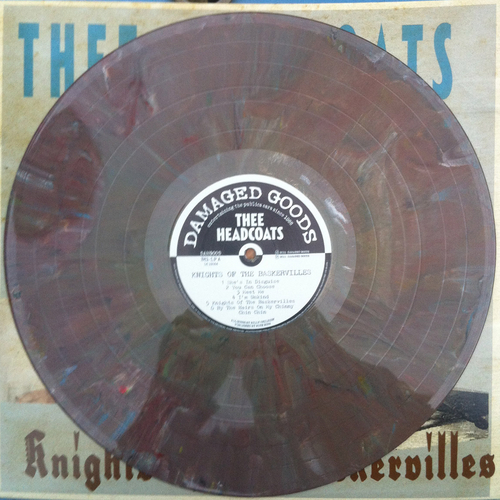 Sorry, Thee Headcoats - Knights Of The Baskervilles SPLATTERED VINYL is out of stock.

A 12” LP only re-issue of a long deleted, previously US only Thee Headcoats album.

Originally issued in 1996 on the Birdman Records label (BMR-013)

The cover has been totally reworked by Billy Childish

Thee Headcoats were formed from the ashes of Billy Childish’s previous combo ‘Thee Mighty Caesers’ in 1988 and released 20 albums and around 40 singles before they called it a day in 2000.