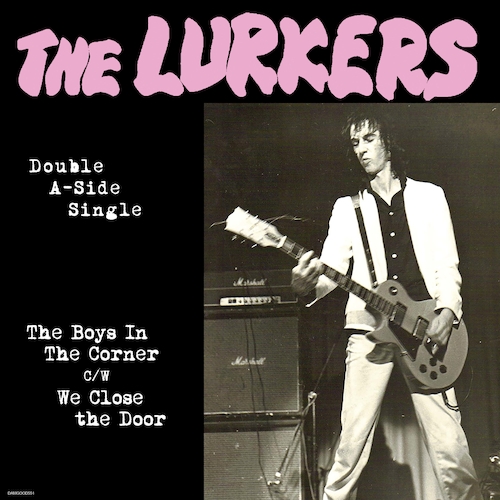 The Boys In The Corner

The Lurkers - The Boys In The Corner


The second single to be taken from their critically acclaimed 2020 album Sex Crazy, as featured in Vive Le Rock's albums of the year.

The cover may bring back some memories if you’re old enough!

We asked the band about the single…
‘The Boys In The Corner’ - is that auto-biographical in any way? It reminds us of drinking songs from years ago, like the Pogues or ‘Little Old Wine Drinker Me’ what do you think?

Pete: Yeah it is totally auto-biographical, but i believe that many people will identify with the lyrics, which have been somewhat magnified by this Covid situation.
The early versions of the song were actually much slower than this finished version, but they seemed a touch maudlin and solemn, so we decided to rock it up a bit and this worked well, adding a little defiance and celebration to the song , we are hopeful that it will be released as a single in the not too distant future.

Nigel: It’s simply a song about good friends that are no longer with us something we all experience sadly. The song is a tribute to them.