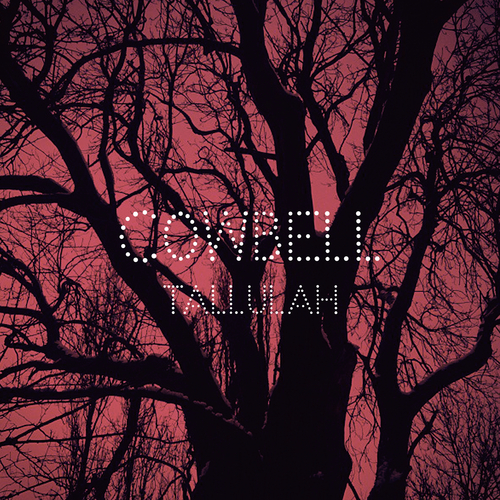 “TALLULAH” IS THE LEAD SINGLE FROM COWBELL'S DEBUT ALBUM, IT FEATURES AN EXCLUSIVE B-SIDE, “CRY BABY”

COWBELL are Jack Sandham and Wednesday Lyle.
The duo play garage/soul/rock n roll and write songs that combine a lyrical charm and ease with a sound that's full-bodied and powerful in spite of their stripped-down set-up. They take their influences from both sides of the Atlantic with a love for both the output of U.S labels such as Stax, Motown and Sun and for British sixties R and B bands such as The Small Faces, The Kinks and The Zombies.

The pair had been friends for a long time when in the in summer of 2009 Wednesday decided to start playing the drums. Jack had been involved in bands before but was playing solo shows when Wednesday asked if he’d come along and play guitar. It felt good straight away and they started writing songs and played their first gig together just one month later.

They released their first single ‘Oh Girl’ in July 2010 on Stovepony Records (imprint London Blues/Americana Club ‘What’s Cookin’ ) and it quickly picked up by Lauren Laverne and Chris Hawkins of BBC 6 Music and John Kennedy of XFM who all played the track regularly. This led to the band being asked to release their second single ‘Never Satisfied’ with Too Pure Singles Club (Beggars Group)
In November 2010 ‘Never Satisfied’ was single of the week on both BBC Radio 2 (Radcliffe and Maconie) and BBC 6 Music (Nemone) this coincided with a tour supporting the newly reformed CAST. Lead singer John Power had seen the band play in their native Stoke Newington and asked them to play all 13 dates at O2 venues around the UK including shows at London’s Shepherds Bush Empire and Glasgow’s Barrowlands.
In spring 2011 the band went back into the studio to record their third single ‘Hanging by a Thread’. They chose to go back (for the 3rd time) to Gizzard Studio, an all analogue studio run by Ed Deegan. They have found that recording to tape using old analogue equipment ideally suits their stripped back sound and aesthetic . They decided to self-release this song on their own label ‘Cool Jerk Records’ on limited edition 7’’ vinyl (in keeping with both previous singles). The single was played by new DJs including Janice Long of BBC Radio 2 and Jo Good of 6 Music as well as others continuing their support.
After a busy summer of gigging Jack and Wednesday went back to Gizzard to work on their debut album. As well as a handful of their signature garage pop songs the album showcases more diversity, from the down-home country style finger picking of ‘All in Good Time’ to the Delta Slide on the rollicking ‘Tallulah’. It also sees the introduction of Wednesday singing lead vocal on two songs the honky–tonk garage blues of ‘ Love Got me Down’ and the ethereal ‘Castle Walls’