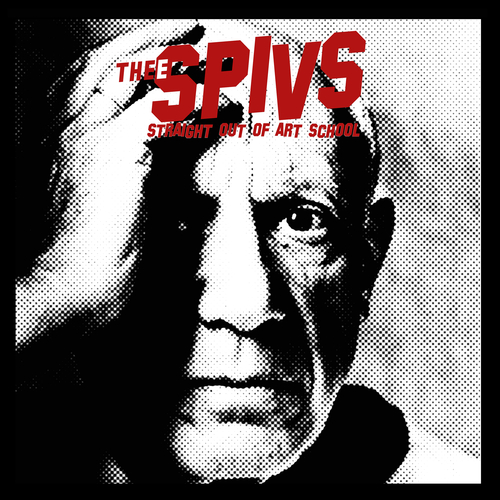 Straight Out of Art School

FIRST SINGLE FROM THEE SPIVS THIRD ALBUM ‘THE
CROWDS AND THE SOUNDS’ WITH EXCLUSIVE B-SIDE
Thee Spivs are back with their third album in as many years and with ‘The Crowds and The Sounds’ they’ve honed their
canny blend of trad punk, garage punk, post punk, new wave, classic English rock’n’roll and pub rock to create a magnificently
varied album. Dare we say, these young men have matured, with Ben Edge proving his worth as an accomplished
songwriter. Drawing from a more diverse array of influences, Thee Spivs have lapped up and reimagined sounds from
bands such as The Television Personalities, The Ramones and early Wire.
This is the first single from the album and it’s backed with an exclusive b-side called ‘HERE AND NOW’, Thee Spivs will
also be releasing a limited German 7” on SQUOOGE records which is another track from the new album called ‘Mickey
Pearce Walked Away’
The new album is a natural progression from their critically acclaimed debut ‘Taped Up’ (which landed the band an early
Mojo Rising feature and a Guardian New Band of the Day piece as well as praise in The Sunday Times and Artrocker)
and last year’s ‘Black and White Memories’ (with reviews including Q, Uncut and BBC). ‘The Crowds and The Sounds’ is
instantly more melodic and you can see additional influences from the very British qualities of The Kinks. The songs are
slowed down and slightly longer in length, with a lot more thought and work in to each one than the furiously fast, punchy
numbers from their early records.
-------------------
1 EXCLUSIVE - NON-ALBUM TRACK
-------------------