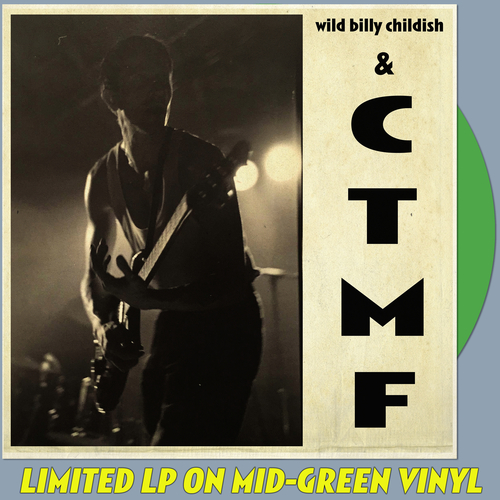 'the reason we didn't sound like the Smiths is because we wanted to sound like this'
40 years ago, Billy Childish, then a 16 year old working in Chatham dockyard, imagined a group called 'the Chatham Forts', and so started a journey through punk rock from 1977 to now. Along the way this painter/ poet has released over 140 independent LPs. (SQ 1 is something like his 150th - no one knows for sure.)

As always great lines are delivered with deadpan humour: “The reason we didn't sound like the Smiths is because we wanted to sound like this” is Billy's reply to all the reviews of his band's work during the '80 and '90s - in the days when they stood all but alone as 'the kings of garage rock' (New York Times).
SQ 1 could be seen as a manifesto of punk rock defiance, a celebration of musical independence or simply a true document of home made rock and roll delivered as art, not commerce.

(Few artists have demanded and exerted so much control over their output as Childish. As with his previous LPs, all designs are undertaken by the group, from song writing, recording/producing, track listing, and LP design.)