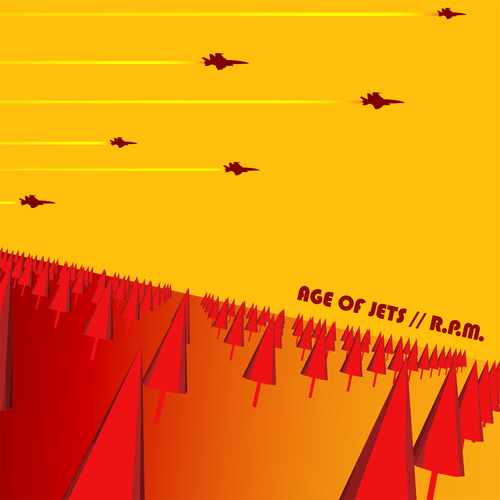 It was during a rare blackout at the Adelphi Club in Hull when all the lights went out due to a damaged power cable, a young, slightly drunken man called Mark, bumped into a young slightly drunken man called Reg who as it happens turned out to be a theremin player from the highlands of Scotland. As fate would have it in the dark of the Adelphi, another chance meeting was made with two other young slightly drunken men called Jonee and Chris who just happened to be boasting about new amps they'd mysteriously come by. As spirits became increasingly heightened, a band was formed and when the lights came back on, there stood before them was a young extremely drunk drummer called Tom.

They have been compared favorably to Clinic, The Human League (circa 1979), Fonda 500 and Blur!

Their debut single was released in March and has received great support from indie stalwarts Steve Lamacq on Radio 1 and 6 & Tom Robinson and the Indie press.

R.P.M. (Damgood 223CD) was described recently in Logo magazine by Suzie Q as '…jumps out of the speakers and beats you around the head with a big fuzzy rhythm stick'

And Steve Lamacq said it was a '...top new-wave electro-guitar tune' in the Guardian

Also have a look at their great website... www.ageofjets.co.uk