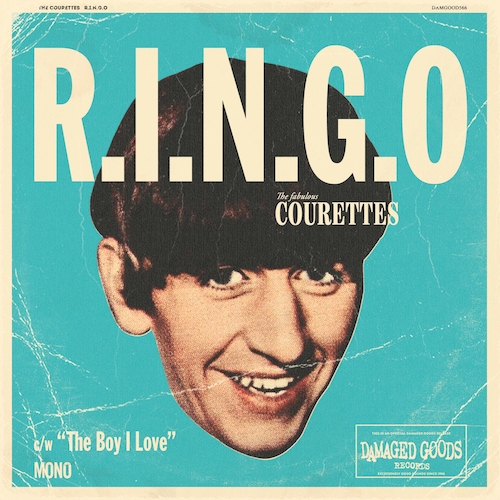 A-side taken from new album “Back In Mono”!
B-side a newly recorded version of their classic track, exclusive to this 7”!

Released on the same day as The Courettes' third album, Back In Mono, we also have this brand new single. The A-side is taken from the album, it's a fan's eye tribute to the one and only Richard Starkey!
It comes backed with a newly recorded version of their classic track 'The Boy I Love' – a song originally featured on their debut album.
The Courettes sound as if The Ronettes and The Ramones were invited to a wild party in Gold Star Studios’ echo chamber. Fuzz guitars, loud drums, trashy pianos, jingle bells, tambourines and three-minute dance floor garage killers where a Wall of Sound blasts the songs out of the speakers!
Produced and recorded by Søren Christensen at Starr Sound Recording Studios in Denmark and mixed by top producer/wall of sound aficionado Seiki Sato in Japan.
The band will set out on a thrilling 17 date UK Tour to kick out the pandemics blues with some sweaty and loud concerts!