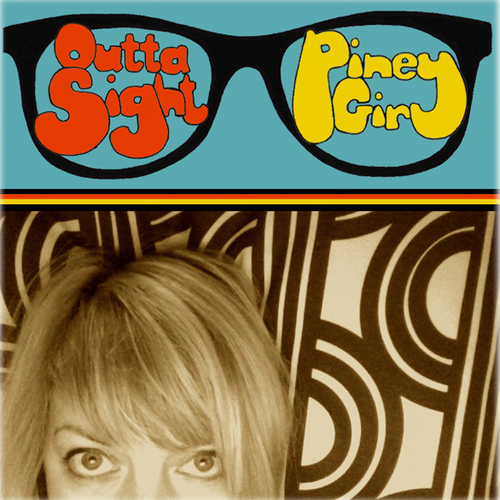 Outta Sight is the second single taken from the latest Piney
Gir Album ‘Geronimo!’. A 4 track digital affair with two tracks
from the new album and two exclusive cuts ‘River Song’ and
We Are In Love’ and to celebrate the release, Miss Gir will be
headlining the Lexington in London on the 17th of January.
…and talking of Piney and Geronimo!…
You know what? It's time for some straight-talking: Piney Gir
put the cowboy boots away, shelved the stylophone beatbox,
and hit the loudest 12-string open-E chord you ever did hear.
Piney Gir released her debut album Peakahokahoo on Truck
Records in 2004. She was then the singer and guitarist of
all-girl, art-rock, cult faves The Schla La Las. Alongside that,
she released Hold Yer Horses, the first Country Roadshow
album in 2006 followed by her third album The Yearling on
Hotel Records. She came back with a vengeance with the
Country Roadshow on Damaged Goods in 2010 for her
fourth album Jesus Wept which was widely acclaimed.
Now Kansas' most unique songwriter returns with her finest
album to date. “Geronimo!” is pure pop brilliance, a tell-it-tothe-
Byrds journey into heartbreak, friendship and new love.
After these 40 minutes you’ll have caught the sun and people
will ask you where you've been on holiday. And the answer
will be “I went to LA in the 60's via the Plastic Ono Band with
a twist of Captain Beefheart. I drank the Kool-Aid and I'll
never be the same again.” From the quit-the-bar-hittheroad
verve of ‘Let's Get Silly’, to the romantic opener ‘Outta Sight’,
you're going to remember why true love matters and why pop
music, at least, will never run off with someone else.
You’ll find more at PINEYGIR.com