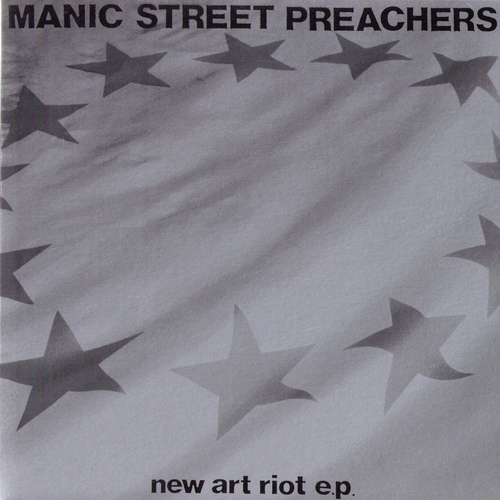 You may have heard of this lot so I'll keep it short, I first heard about the Manics via a bloke called Lol Prior who had got a copy of their first single via the NME small ad's, I sent off for a copy and got a really nice letter from James with it, the single was 'Suicide Alley' which they had released themselves with a bit of help from a local studio. The single was great, really refreshing at a time when even the mention of the word PUNK was treated with total derision, they were young, punk and very exciting, they mentioned that they had a gig at a pub in Great Portland street called the Horse and Groom. This was not a venue i'd been to before basically a small room upstairs via the back of the bar, god knows how they got it but I went along and they were great, full of energy, chaotic, even in a room with no stage and a crap p.a.

After the set I asked them if they wanted to do a single, they said they would let me know, a few weeks and letters later they came up to London and came round my house to discuss it and have a game of EA Hockey on the Megadrive. Even then they knew exactly what they wanted, most bands at that stage are just happy to get something out, they made sure everything was right and on their terms. They went up to Redditch to Workshop Studios to record, this was one of the only studios I knew at the time and recorded four songs in two days. In the meantime they had some great reviews in the papers and a huge interview in the NME. They had basically slagged off most of the big bands around at the time, which was great, things were pretty safe at the time. A lot of people really hated them, people were asking me why I was doing a single with that bunch of arseholes, I just said they were a great band I liked them.

Anyway the single came out in May 1990, it got great reviews in almost every weekly paper and hit the top 100. Lots more gigs followed and two months later they had become the most dangerous band in the UK. A follow up was discussed but they really needed a bigger label to take them to the next level, Heavenly stepped in and the rest as they say, is history.