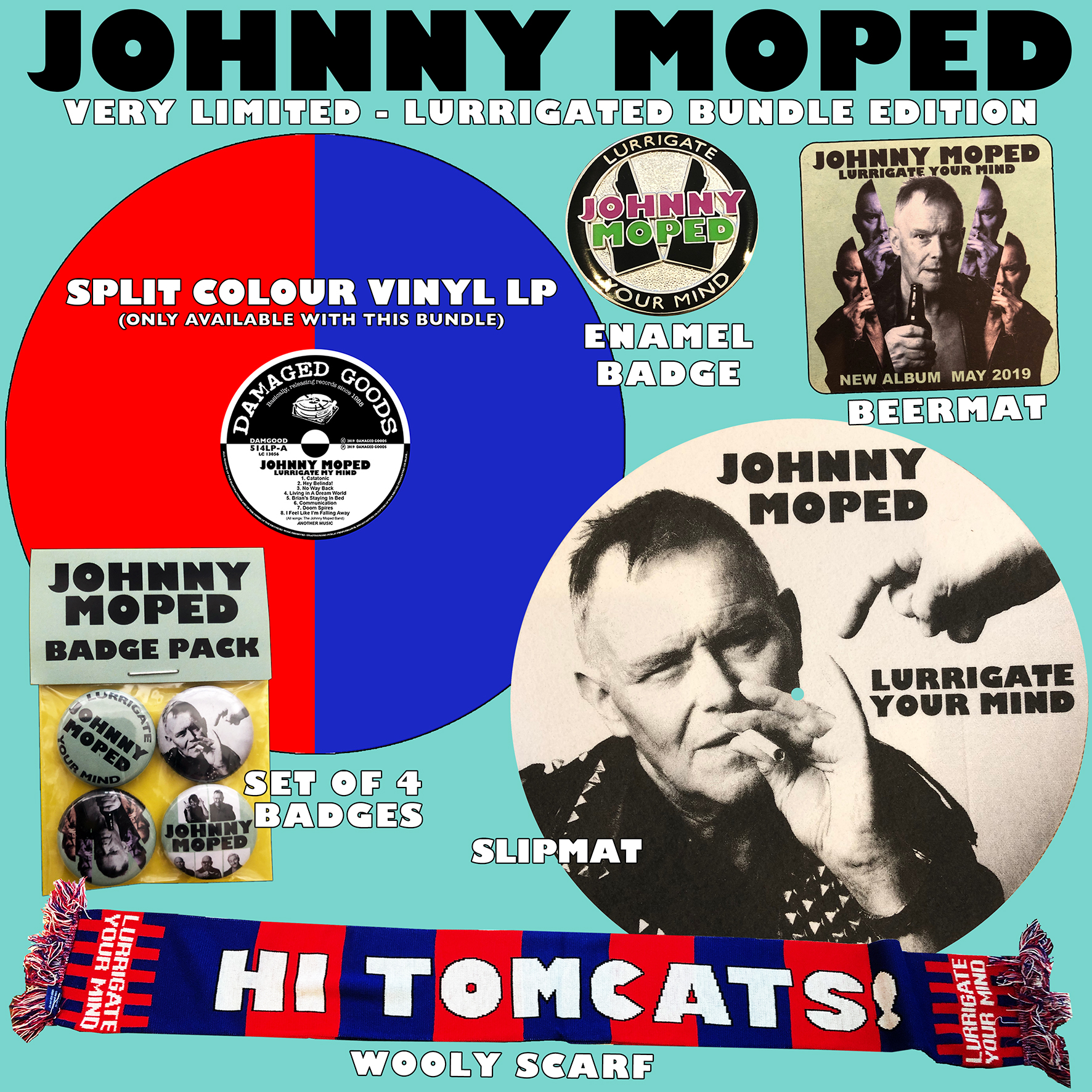 Sorry, Lurrigate Your MInd - LIMITED SPLIT COLOUR VINYL BUNDLE is out of stock.

Time flies! It's three years since the band's last album, It's A Real Cool Baby, but the band have been busy in the meantime. Following the amicable departure of founding member Dave Berk, they welcomed Marty Love as their new drummer.
Since then the band have had successful tours of the UK, Germany, Holland and Scandinavia. They've had prestigious slots at Blackpool's famous Rebellion Festival, recorded radio sessions for Marc Riley's BBC 6Music Show, and played a storming set at Damaged Goods 30th Anniversary show at London's Koko last September along with touring with The Damned and a headline Christmas show at The Lexington. A biography of the band is currently being written. More details to follow on that nearer to publication date. There's even talk of gigs in the US and Japan in the not too distant future. Fingers crossed eh
So what can we tell you about the new LP? Well it has 14 tracks including recent sold out single 'Catatonic'. There's a guest appearance from none other than Captain Sensible, a longtime friend and champion of the band.

The original Mopeds Johnny and Slimy Toad have been joined by long time members, Jacko Pistorious , Rock N Roll Robot (also know as Rob from legendary Ska/Punk band ‘Case’) and Marty Love for the new album. It was recorded at Panther Studios, Reigate and produced by longtime associate Dick Crippen.