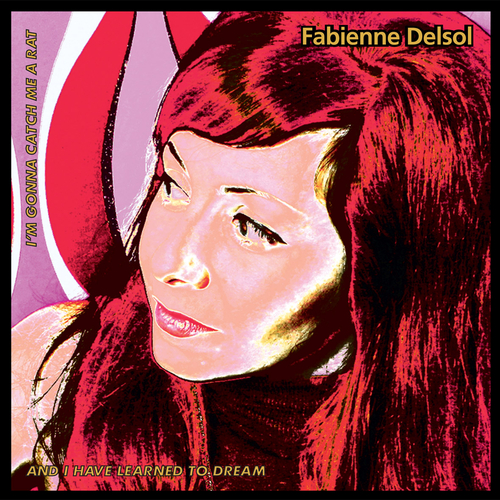 I'm Gonna Catch Me A Rat


Fabienne's first solo 7", features a non-album b-side the rather fantastic 'And I have learnt to dream' and there 500 of each colour, Purple and Yellow.


Attracted to the British music scene of the time, Fabienne moved to London in 1996, almost immediately joining the Bristols, a then studio project consisting of Liam Watson and Ed Deegan, two producer-engineers at Toerag Studios.

Fabienne had never really sung before but after Liam's proposition for an audition and knowing that his taste in music was so perfectly matching hers, she was determined to give it a go. The first single 'Questions I Can't Answer' was recorded in a couple of hours, the first vocal take being used on the record that came out the same year on a Damaged Goods 7”. The Bristols were by then willing to make the most of it and in order to play live and tour decided to form a full line up, including members of the Headcoats, Kaisers and Cee Bee Beaumont.

After two albums, a few singles and several tours of Europe, the Bristols came to an end when Fabienne was unable to find a suitable new bass player to replace the recently departed one. Eager to carry on singing, Fabienne went solo, getting backing from various musicians but with no fixed line up.

With the help of Liam Watson producing, Fabienne recorded her first album 'No Time For Sorrows' concentrating on a more elaborate but similar style she had previously experienced with the Bristols. One of the key tracks, 'I'm Gonna Haunt You' received extensive airplay on Australian radio, as
well as the French 'Laisse Tomber Les Filles'. One track 'Pied Piper' has recently been used on a American TV advert for the PayLess Shoe Store!

A few years later and after a few months of recording sessions at Toe Rag, the second album 'Between You And Me' is now out, again thanks to some great playing and impeccable production from Messrs Liam Watson and Ed Turner. The album features writing contributions from Pete Molinari, George Miller and Peder Bernhardt and this time round more songs in French. We hope it will be music to your ears. It also comes in a nice package

Fabienne has a myspace page... http://www.myspace.com/fabiennedelsol

Unfortunately at this time we can't offer all the Fabienne DelSol - I'm Gonna Catch Me A Rat tracks as individual wavs, as some of these tracks exceed the shops maximum (9mins) download length.

Unfortunately at this time we can't offer all the Fabienne DelSol - I'm Gonna Catch Me A Rat tracks as individual wavs, as some of these tracks exceed the shops maximum (9mins) download length.