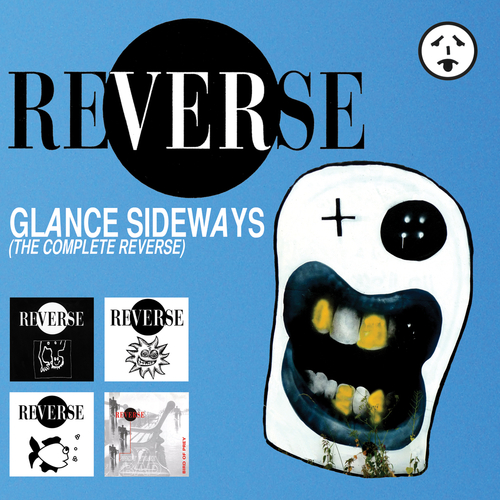 This is a 23 track CD compilation bringing together all of REVERSE’s recordings including the three 7” singles we released back in 1995-6 ‘Stem The Slide’ (Which was ‘Single of the week’ in KERRANG! ‘Lock’ & ‘Stagnant’ plus their tracks from their debut split single plus 15 unreleased gems.

The CD contains a full history of the band written by lead singer Nick Sharratt plus loads of unseen photos, reviews and a full discography.

Reverse Jam formed in Barlaston near Stock in 1990, they dropped the ‘Jam’ shortly afterwards, their first proper gig was with the Venus Beads in 1991, lots of local shows followed and by the end of 1992 they had released their debut singles, a split with Exit Condition on Vitamin Z. They signed to Damaged Goods for three singles in 1995, they received some great press including SOTW in Kerrang and strong reviews in the NME plus loads of Radio 1 airplay nad very nearly signed to Mushroom records, which was scuppered when Rupert Murdoch brought the label in 1996, he wasn’t a fan!

They eventually split in 1997 after a final recording session with Frankie Stubbs from Leatherface, heard for the first time on this release.