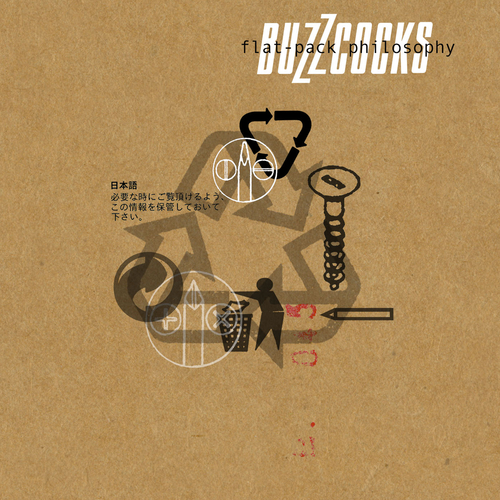 Well what can I tell you about the Buzzcocks that you don't already know...

Not a lot so here's a brief biography off the top of my head. They were formed in 1976 in Manchester after seeing the Sex Pistols play at the Lesser Free Trade Hall, they recorded one of the first ever Independent singles, the wonderful 'Spiral Scratch' E.P. with original vocalist Howard Devoto. Devoto left soon after and formed his own band 'Magazine' and Pete Shelley took over on vocals. They signed to United Artists records and released some of the best punk singles ever including 'Orgasm Addict' 'What do I Get' and 'Ever Fallen In Love'. In 1981 after three albums and twelve singles they split up. Pete Shelley went solo and Steve Diggle went on to form 'Flag of Convenience'.

Eight years later the classic line-up reformed for a tour and even recorded a new album, a few years later John Maher and Steve Garvey left the band once more and were replaced by Tony Barber and Phil Barker, that is the line-up that is still around today.

Our first two singles with the bands were 'Jerk' (damgood 214) & 'Sick City Sometimes' (damgood 219) was taken from the album 'Buzzcocks'.

We also have a exclusive double LP of their website album 'Internet' album.

We are working on a few more exclusive Buzzcocks releases for 2008.

Try www.buzzcocks.com for more information on the band and also www.buzzcocks.btinternet.co.uk/ for a really great discography site.