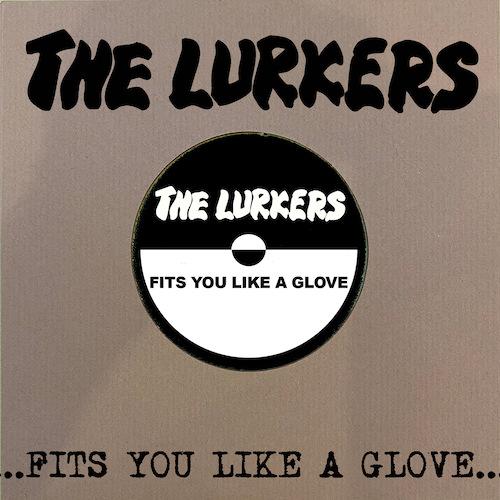 A-side taken from the forthcoming album ‘Sex Crazy’. B-side exclusive to this release!

We asked the band about the single…

Pete: We wanted something that was immediately catchy and enjoyable with a bit of oomph and this song ticked all the boxes. it was actually just about the last track we finished and it was written and recorded in a matter of days, so although its a bit rough it does have a good freshness and energy about it.

Nigel: Along with ‘Boys in the Corner’ it has a commercial feel, not something we specifically aim for so when one comes up it’s a bonus.

Pete: At the most basic level I think it comes down to the energy, brevity and sheer catchiness of the best punk tunes.
Nigel: Because it lacks pretention and as it did back in '77 and anyone can have a go. Also……It’s Good.

Esso: It had a definite identity maybe – it was a movement that attracted people who didn’t feel part of the mainstream, and so once finding a home didn’t want to leave it, in fact remaining loyal to that thing that they felt saved them.

Pete: no not at all, I think I imagined I would be retired and living in a mansion by the age of 30.

Nigel: No, I thought I’d be living on my country estate deciding whether to drive the Aston or the Bentley and throwing rocks at the neighbours.

Esso: Not at all, twenty years old – 40 years was a different world.