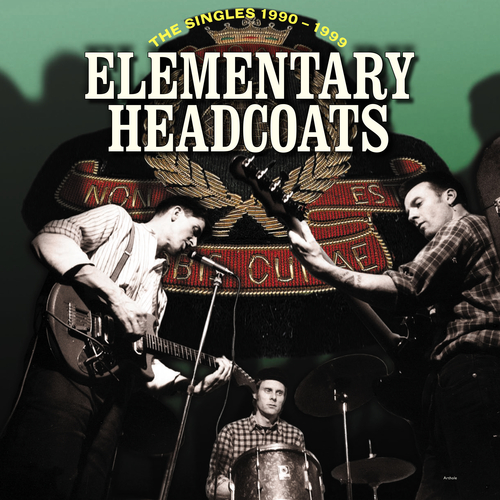 The Undisputed Kings of Garage Rock!

**Reissue of their classic singles compilation on 2 CDs or 3 LPs with new gatefold sleeve!**

A retrospective compilation of singles released on a multitude of different labels throughout the 90′s. Featured tracks are ‘(We Hate The Fuckin’) NME’ ‘My Dear Watson’ & ‘Every Bit Of Me’. A fitting tribute to one of the greatest bands ever.
Thee Headcoats were mainly Billy Childish (Git/Vox) Bruce Brand (Drums) and Johnny Johnson (bass), they formed in 1989 after Billy’s previous band Thee Mighty Caesers gave up the ghost. By 1992 they had already released something like 6 albums and 15 singles one of which was catalogue number Damgood1, a split single with Thee Headcoatees.

During the ’90′s I must have seen them 60 times, I even went over to Japan with them in 1993. There was something really natural about them, no bullshit. We did the ‘We hate The Fuckin’ NME’ single after journalist Johnny Cigarettes walked out of their gig in Archway after insisting that he should get in for free as he was from the NME and then reviewing Thee Headcoatees by saying there were no girls in the band (he'd left before they came onstage!!).

Lots more releases followed including the great ‘In Tweed We Trust’ album. Thee Headcoats carried on touring and releasing records in every corner of the world until mid 2000 when they called it a day.