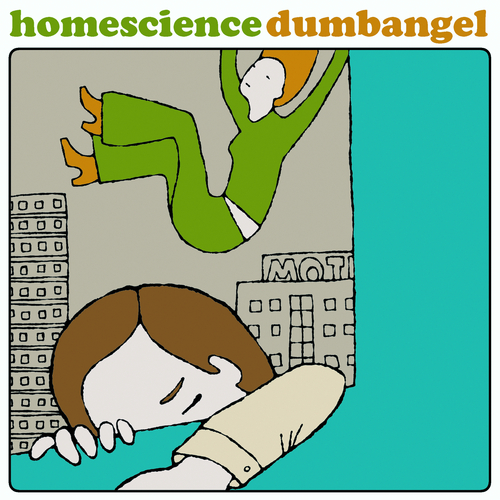 Homescience are a great band from Edinburgh who feature ex members of Good Morning Canada, Formula One and occasionally the drummer from Cornershop. They write fascinating pop songs about dumb stuff like smoking, bass players and dust. They have many influences including Flaming lips, GBV, ELO!, They Might Be Giants and The Beach Boys. Their debut single, the 'End Of The Year' E.P. was released on Pickled Egg records and then we did their debut full length album 'Main Sprit Weind'. It came out in June 2001 along with another E.P. 'Dumbangel' Sadly overlooked by the British press but slowly making inroads abroad they have had a bit of a line-up change and are currently demoing new material.

Lookout for a single on Fortuna Pop Records and a single and their second album released on 'Track And Field'.