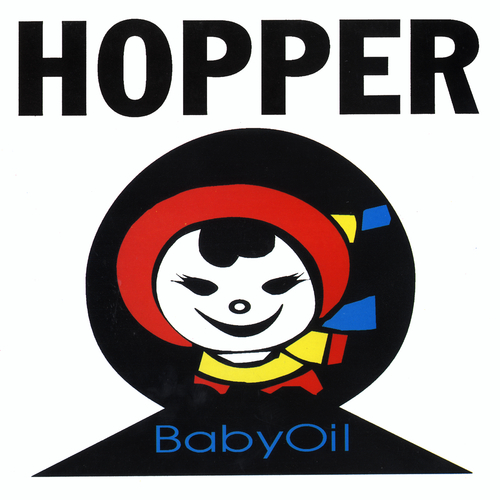 Hopper were one of those bands you'd see playing the Bull & Gate all the time, I saw them and loved them. Lead singer Rachel was so quiet and demure at first glance and then very scary on stage with a very unique voice. We did the first single very quickly and it didn't really do them justice, but their second release certainly did. A 5 track 10" that was quickly siezed upon by Steve Lamacq at Radio 1, he made it his single of the week immediately and it all looked very bright for them. A very drunk Tony Wilson then saw them at the Moonlight Club in Hampstead, I think, around this time and he decided that they would be the band to launch his new label, Factory Too. They signed and released 3 singles and an album over the next 18 months. Nothing much really happened after that and the band called it a day in 1998.

Rachel is still involved in music, with various solo projects and I wouldn't be surprised if she came back with something amazing one day.