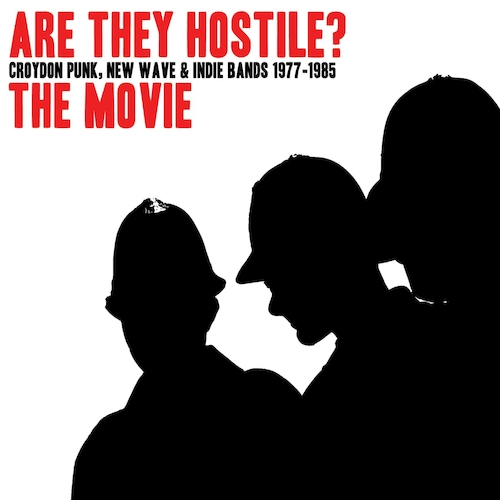 Are They Hostile? THE MOVIE DVD

Various Artists - Are They Hostile? THE MOVIE DVD

Are They Hostile? Is a new documentary film about the Punk, New Wave and Indie scene in Croydon in the late ‘70s and early ‘80s

As the movie clichés like to say this particular labour of love project took over 5 years to make and it all came together after a chance meeting with my old mate Griff Griffiths on 29th March 2018 when I made a rare visit to my old home town Croydon to chair a Q&A session with ex-Slits member Tessa Pollitt and the film’s director William E. Badgley, during the UK tour of their newly-released film Hear to Be Heard: The Story of the Slits which was held at the David Lean Cinema.

So Griff kind of planted the seed of an idea in my head with regard to making a film about the many unsung Croydon bands such as The Bad Actors, The Marines, The Heroes and The Fanatics, and after much planning and delays due to the government imposed Covid lockdowns we convened at the traditional Croydon punk watering hole The Dog & Bull public house in Surrey Street, to film interviews with some of these bands and ex-members who hadn’t met each other for over 40 years!!!

So here we have a unique film/souvenir of that day along with a little bit of Croydon history thrown in too, which I hope will finally bring some long overdue recognition to these Croydon bands who were very much musical pioneers back in the day.

As Griff says ‘It was all about being young, having fun, being passionate and being a part of something’