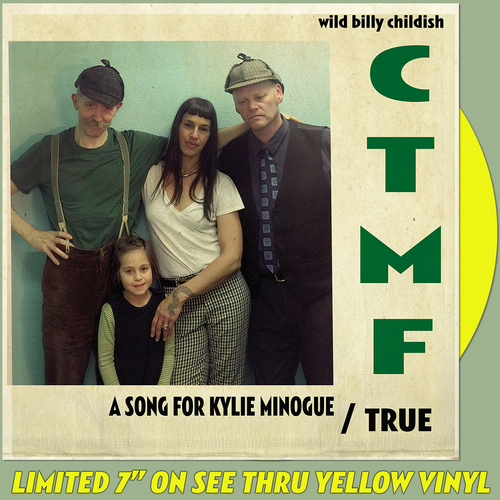 Sorry, A Song For Kylie Minogue 7" (Transparent Yellow Vinyl) is out of stock.

“On 'A Song For Kylie Minogue' Childish pays tribute to some of the rock stars who have paid tribute to him over the years (minus one or two big names). All true stories, we get an insight as to who has tried to stroke Childish.”
(b.childish – march 2016)

40 years ago, Billy Childish, then a 16 year old working in Chatham dockyard formed a group called 'the Chatham Forts', and started a journey through punk rock from 1977 to now. Along the way this painter/ poet has released over 140 independent LPs. (SQ 1 is something like his 150th.)